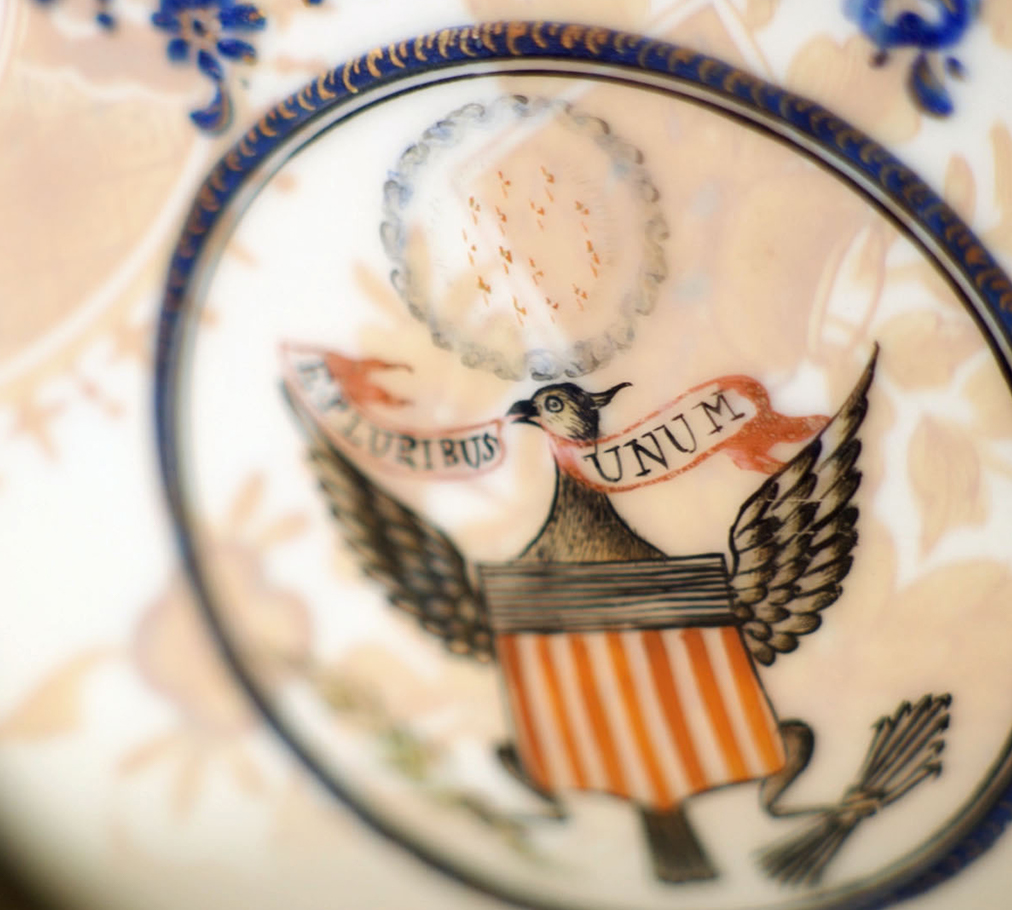 On November 22, 2019, Triple Canopy’s installation Can I Leave You? opened as part of the RISD Museum’s exhibition “Raid the Icebox Now,” which celebrates the fiftieth anniversary of the infarmous “Raid the Icebox I with Andy Warhol.” For the exhibition, Triple Canopy and a number of other artists were commissioned to “create new bodies of work or create a unique curatorial project using the museum as a site for critical, creative production and presentation.” Triple Canopy’s installation involves a collaboration with the collective and fashion label CFGNY and centers on the efforts of Americans to define themselves through products and portrayals of China, whether porcelain bowls or travelogues, whether out of admiration or animus. The installation hinges on a three-channel video with four-channel sound. The exhibition was originally scheduled to close in September 2020, but the museum has been shut down due to the COVID-19 pandemic; the exhibition is now likely to close at a later date.

Navigate to Triple Canopy to learn more about Can I Leave You? and read and watch several works related to the installation. (Contact me if you’re interested in watching a single-channel version of the video.) Here’s the official description:

This series is devoted to Can I Leave You?, an installation by Triple Canopy with CFGNY at the RISD Museum, and related works. The installation, part of the exhibition “Raid the Icebox Now,” responds to an exquisite collection of early American decorative arts and asks: How do artworks and ornaments (as well as fictions and fashions) give rise to nations and nationalities? What do they tell viewers about how to look and act, what and whom to value? How have Americans defined themselves through the consumption and display of such goods, especially products and portrayals of China, whether out of admiration or animus? The installation is the foundation of the forthcoming twenty-seventh issue of the magazine, which will scrutinize the narratives that animate nationalism and populism and propose the invention of truer fictions, alternative realities.